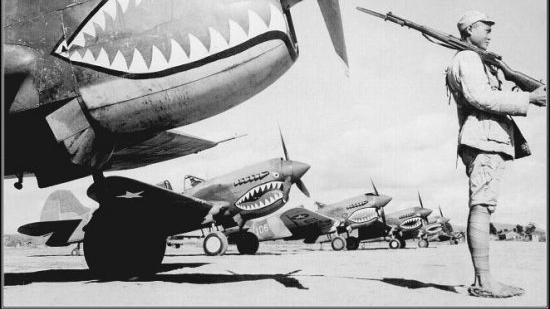 In 1939 the war in Europe had begun and although the United States was not yet involved, our war machine was readying the country for the inevitable. Curtis Wright Buffalo was straining to meet the demand worldwide for its aircraft. In 1940 the National Defense Expansion Corporation bought 124 acres of land adjacent to the Buffalo Airport in Cheektowaga. Ground was broken on November 9, 1940 for the construction of a 1,500,000 square foot building to be known as Curtis Wright Aircraft Buffalo Plant #2. Amazingly production began at the plant on May 19, 1941, just 193 days after ground breaking, with the formal dedication on August 14, 1941.
This plant would produce planes for only 6 years, but in that time it would produce a total of 17, 575 planes of which 13, 738 were P-40 pursuit fighters and 2,674 were C-46 cargo planes for involvement in WWII (1941-45). These planes were not only used by the US Army Air Corp but were shipped to 28 allied countries throughout the world. The most famous of these planes would be the 100 P-40B planes diverted from delivery to Britain and sent to The American Volunteer Group (AVG) in China, more popularly known as The Flying Tigers. The Flying Tigers were credited with destroying 299 Japanese planes with a loss of only 12 P-40s in combat, all in their short 7 month span of existence. In 1946 The Curtis Wright Company closed the Buffalo plants and plant #2 became the Motor and Industrial Controls divisions of Westinghouse Electric. Westinghouse would occupy the building for over 40 years. The building was demolished in 2000 for an expanded Buffalo Airport.
Our museum displays include an Excellence Production Award banner and medal from Curtis plant #2, a Rosie the Riveter cutout who emphasizes the importance of women in the work force during the war, a tool box and badges used by a Curtis plant employee, motor #1 produced by Westinghouse at the plant and various pictures of production. 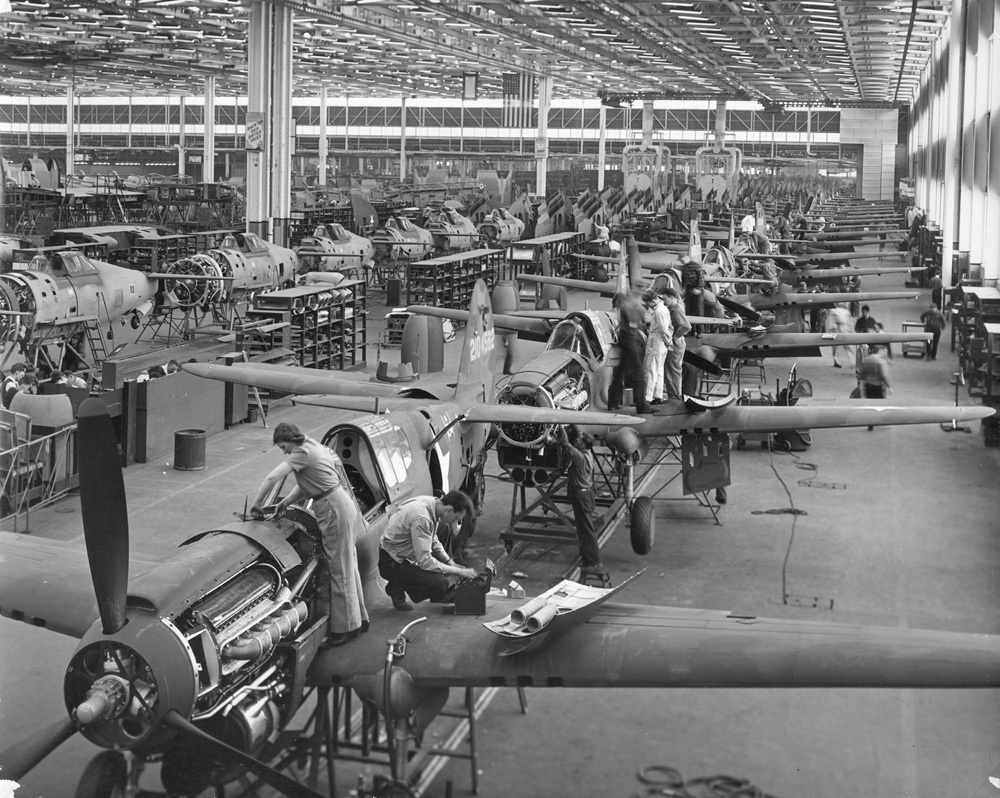